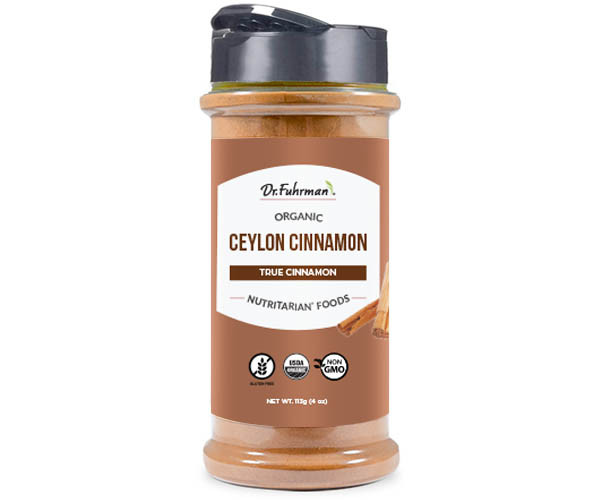 Experience the delicate, lively flavor of Dr. Fuhrman’s Organic Ceylon Cinnamon. Grown in Sri Lanka, the Ceylon variety is known as “true cinnamon.” Don’t confuse it with Cassia cinnamon, a cheaper variety that is commonly found on store shelves in the United States. Cassia contains high levels of coumarin, a naturally occurring substance which has the potential to damage the liver in high doses. Organic Ceylon cinnamon is the better choice, because it contains only traces of coumarin.

Use our ground organic Ceylon cinnamon to add a delicate, sweet flavor to desserts, entrees and breakfast recipes. Just a sprinkle wakes up a bowl of oatmeal and it pairs well with many fruits, especially apples. Its lively flavor adds another dimension to savory soups and stews, winter squash and a variety of Middle Eastern dishes. Best when stored in a cool, dry place.